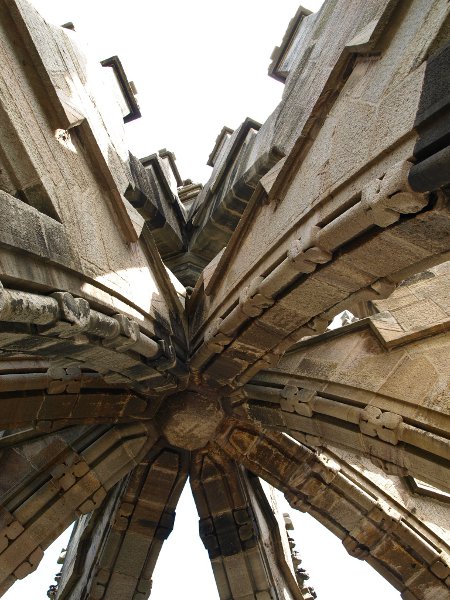 [Originally posted at The Conversation; feel free to join in the discussion there]

A few years ago I saw a poster stuck to the wall of a train station in Copenhagen. The poster was a protest paid for by a prominent Danish musician against new regulations against smoking in public. At the top was a sarcastic “Congratulations on the smoking ban” followed by the German phrase “Gesundheit Macht Frei” (good health makes you free).

You might think invoking “Arbeit Macht Frei,” the slogan above the gates at Auschwitz, to complain about not being able to smoke in bars is pretty tasteless. More likely than not, it’ll also distract from the message you’re trying to send.

Enter The Australian’s Adam Creighton, comparing the Rudd government’s increase on tobacco excise to the anti-smoking campaigns of Nazi Germany. This should end well.

Now, to his credit, Creighton isn’t just running a lazy “argumentum ad Hitlerum” i.e. “You know who else hated smoking?” Rather, he’s claiming that Australia’s attempts to discourage smoking are “being sold with the same flawed economic and moral arguments that underpinned Nazi Germany’s policies.” Which arguments are these?

Individuals and the State

What the Nazis and the Italian Fascists believed, roughly, is that individuals only have significance and purpose through and in the State. This sort of totalitarianism is indeed repugnant, not just because of the suffering it causes, but because of the distorting and reductive view of the moral value of human beings it presents.

Against this, Creighton appeals to the liberal harm principle, as championed by figures like John Stuart Mill. Again, very roughly, this principle states that we’re only entitled to interfere in the actions of others where those actions cause harm to other people. You are morally permitted to do whatever you like so long as you’re not harming anyone else in the process.

So according to defenders of smoking, coercive attempts to reduce smoking infringe on an area that, so long as no-one else is affected, is properly a matter of free individual choice. Creighton accepts that restrictions on smoking in public are legitimate given the dangers of second-hand smoke, but punitive measures designed to stop people smoking are not:

government should butt out of individuals’ decision to smoke privately, or to engage in any other behaviour that might entail personal costs without harm to others.

Part of the reason Mill’s harm principle is intuitively satisfying is that individual liberty does matter. Both classical liberalism and its more radical libertarian offshoot respond to genuine and important features of the moral landscape: all else being equal it’s better if we let people do what they want. At its best, strident liberalism is a healthy bulwark against excessive paternalism and coercion.

But these positions also rely on a hopelessly atomistic picture of what human beings are. They see each of us as a free, rational, self-contained, self-directed agent, an independent, sovereign individual living alongside other sovereign individuals, entering into free contracts for mutual benefit.

Where does harm end?

Philosophers have spent a lot of time taking that view of human nature apart: we are far less free, transparent-to-ourselves and rational than liberalism (and the economic theories it underpins) assumes. We’re also far more radically interconnected and dependent upon others. Our borders are considerably more porous than the sovereign individual model would suggest.

But even within his own liberal worldview, Creighton’s argument runs into serious problems. For one thing even Mill had to allow that there are some harms you’re not permitted to inflict even upon yourself, such as selling yourself into slavery or committing suicide.

If you wrestle a gun away from a would-be suicide, we don’t take you to be committing assault – but surely killing yourself is an essentially “private” matter if anything is? If we’re allowed to stop people throwing themselves off bridges, why aren’t we entitled to at least make it harder (if not impossible) for them to kill themselves with tobacco?

And is smoking only a harm to the individual? The harm principle notoriously runs into problems with questions like this. Creighton insists that things like the “psychological costs of premature death” are “purely personal costs” and so none of the state’s business.

But of course death does not only affect the person who dies; deaths ramify through families, friendship circles, workplaces, social networks – just where does the private end and the public begin?

And then there’s this:

Amazingly – given smokers choose to smoke – popular estimates of “net costs” ignore any personal benefit smokers might derive from smoking. And they disregard the offsetting savings from substantially lower health and age-pension costs as a result of smoking-induced premature deaths.

You read that right: we should factor in the money we save from smokers dying early as a benefit.

And therein lies the problem: casting this wholly as a private, personal freedom issue is basically a refusal to take the moral gravity of premature death seriously. That, in turn, involves denying that persons have an intrinsic worth, beyond whatever economic or social value they might happen to have – to understand the value of persons you have to understand what is lost to the world when they die, and vice versa.

Those who complain about a “nanny state” trying to stop people from getting themselves killed are ignoring the significance of death and the responsibilities that generates. And an outlook that thinks we should weigh that human tragedy against the money it saves us has long since lost any right to call itself morally serious.

None of this should be read as a plea to ban smoking: prohibition doesn’t exactly have a glittering history of success anyway. To reiterate, personal freedom matters, and we often need to leave people alone to make their own objectively dreadful choices.

But that right of non-interference may not be absolute, as the suicide and slavery examples show; and there is plenty of scope for policy moves designed to discourage people from harming themselves.

Of course, ideally we wouldn’t need to interfere in people’s lives at all. If you don’t want a nanny telling you what to do, maybe it’s time to grow up.